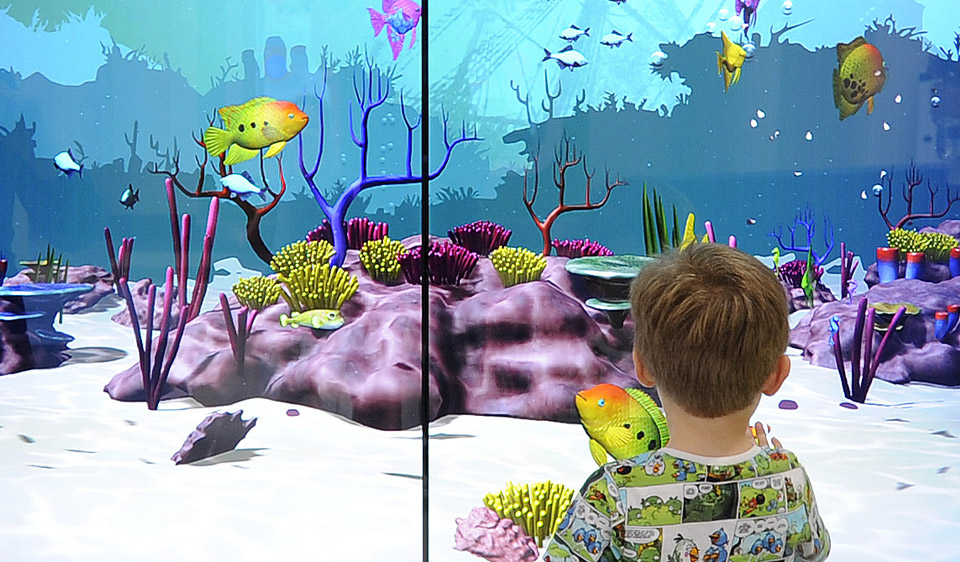 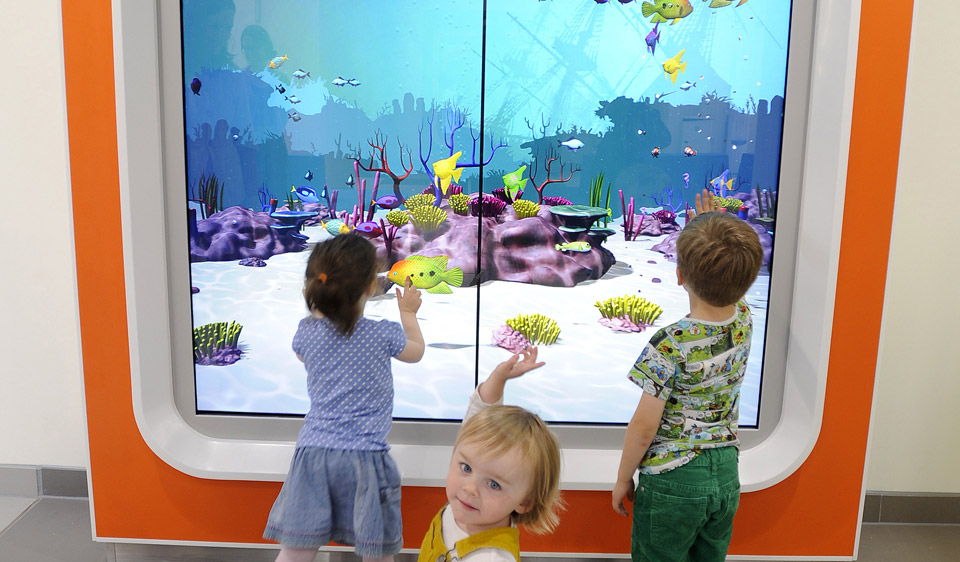 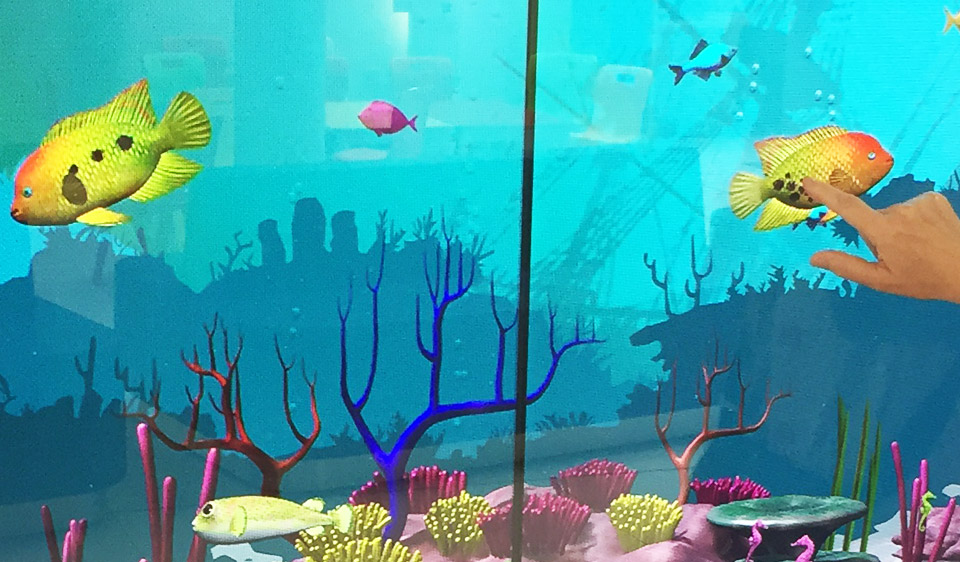 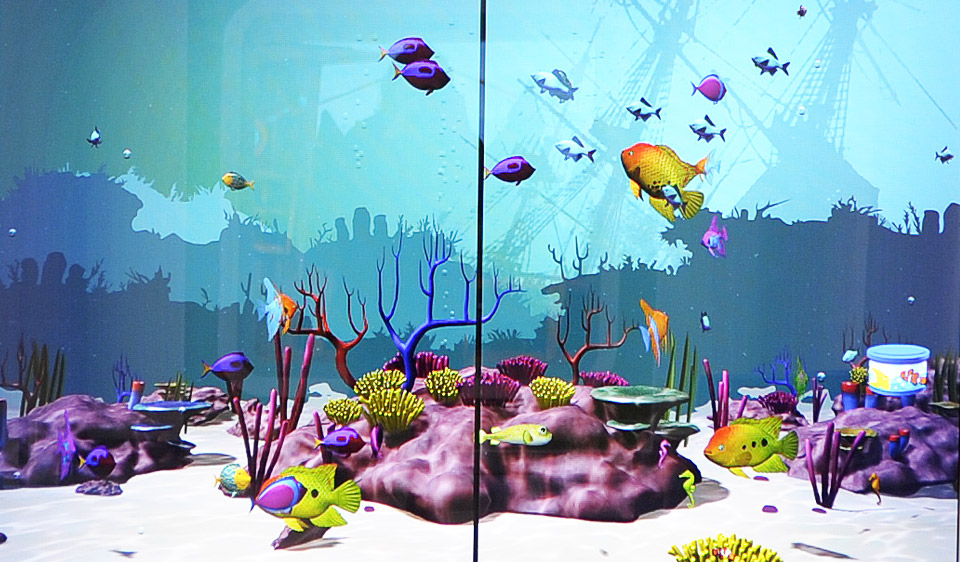 All fish types react in different ways to user touch, mimicking the real world to some degree 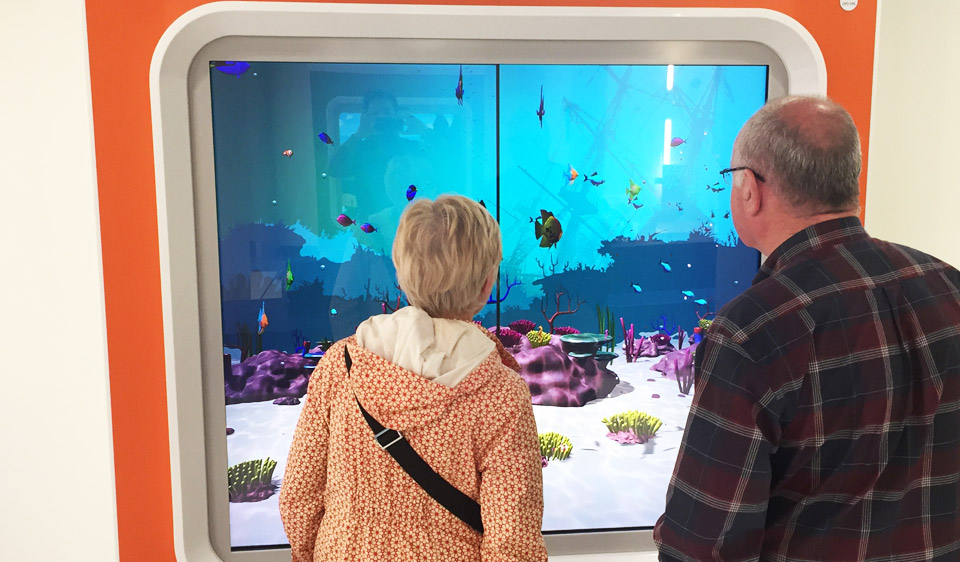 Fish can be fed from time to time 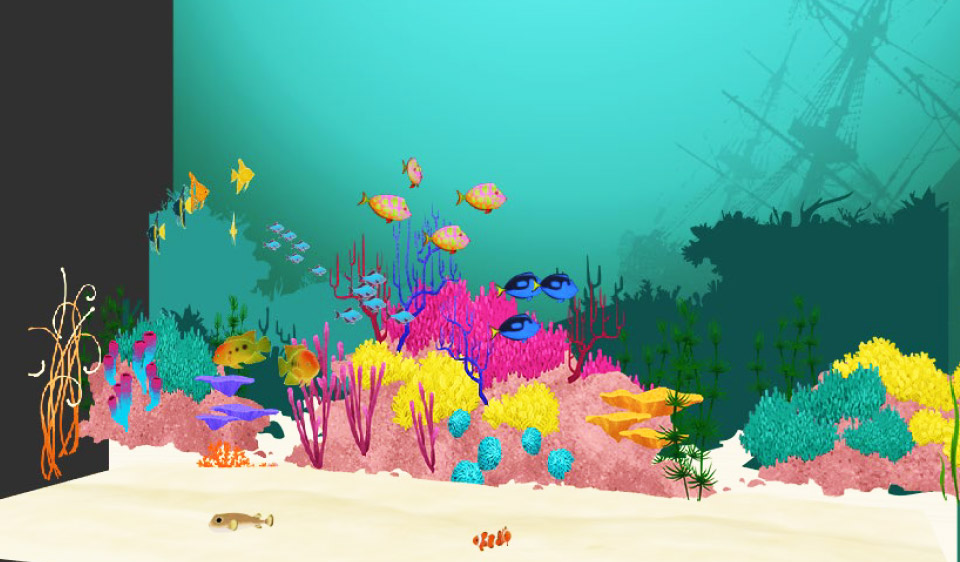 The brief here was to design an interactive 3D aquarium that would present a calming, ever changing, engaging play thing to short and long-term hospital visitors.

An infra-red overmount is used over two large edge to edge portrait monitors to present a 'window into a virtual underwater world.'

The aquarium has been featured on television programmes about the new children's wing of the new hospital which is curated by Yorkhill Children's Charity and is a fantastic and modern space.